Luxurious house with a swimming pool 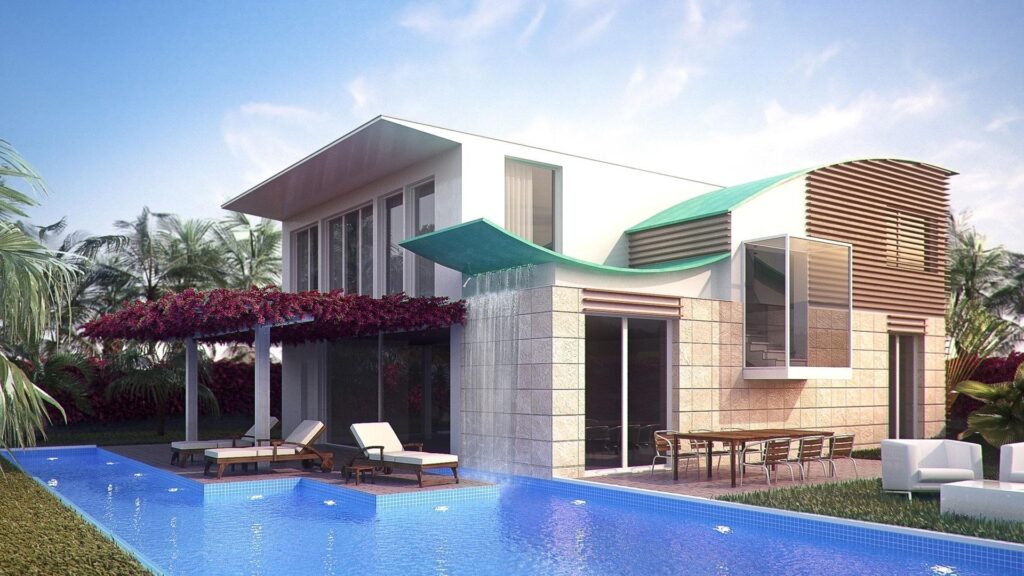